When I was doing an image search for my last post, I did an image search for “change” and the slogan/image “people change, memories don’t” was the most common.  Only problem: it’s not true. Research on memory shows that memories change. In fact, a very important study on how to ask kids about whether or not someone has abused them showed that the more you ask them leading questions,  the more likely they are to give the answer they believe you want.

Do they then believe what they’re saying, or do they believe something else in their hearts but tell the story they think people want to hear?   The researchers concluded the kids really believe what they say. The result of the study, unlike that of much research, is very important– when a young child is to be questioned about allegations of abuse, it needs to be done very carefully, done right, and the first set of answers obtained is most likely to be the real answers.

What about older people– the  ones with longer spans of memory? What about old memories, like what happened to me when I was in high school, looking back from a time when, for example, I might have kids old enough to be in high school? Well, the research is that you actually remember the last time you remembered. It’s not like getting something off a disc that you burned; it’s more like getting it from some kind of read/write storage– and then putting it back, writing it anew. so memories can drift over time.

So, during this holiday season, when you pull out those memories of times gone by, burnish them well. Did grandma really say you looked stupid in the new scarf you loved so much? Well, especially if she’s already passed, change the memory– it was only a little tease.  She really thought you looked great. If she’s still alive, don’t ask her about it. Did you really get drunk and throw the Thanksgiving turkey out the window? That memory might be a little harder to repair,  so move on to a different Thanksgiving. Think how happy you were when you quit drinking and spent the holidays with people who were really happy to see you, not waiting for some alcoholic shoe to drop.  And while you’re at it, be grateful– it actually releases dopamine, the feel good chemical, in your brain. Did that stuff you’re grateful for really happen? Don’t ask. When in doubt, find something in the present to be grateful for. But that’s another conversation. Happy Thanksgiving. 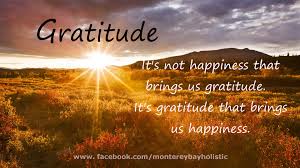 Marriage and Family Therapist (MFT) in private practice in San Francisco. I work with adults, adolescents, and couples, with focus on substance use and abuse and co-occurring disorders (having both a mental illness and an addiction).
View all posts by jamesmatter →
This entry was posted in behavioral health, mental health, Uncategorized. Bookmark the permalink.