Your Sense of Self is Behind the Times 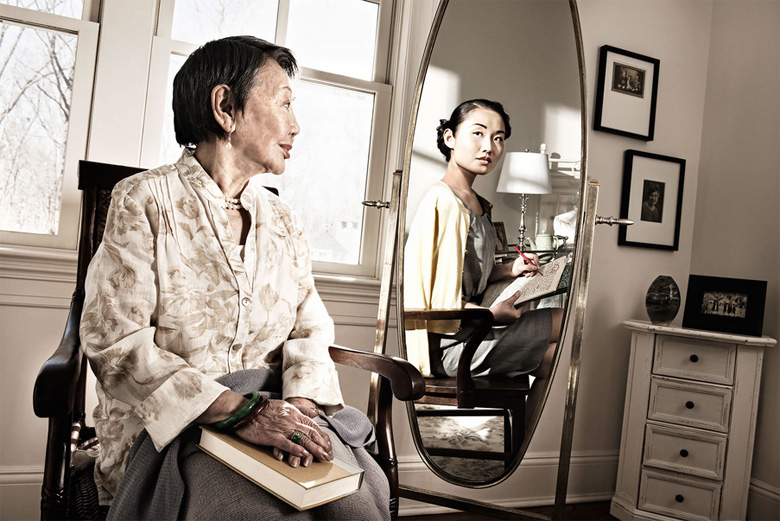 I was reminded about this when I saw a post on NPR about insects changing their behavior situationally. It turns out that shy, solitary grasshoppers turn into swarming locusts under stress. Same critter, amazingly different behavior.

I first identified the issue of who you are– and under what circumstances– for us humans when I was working in substance abuse treatment. Someone would start treatment, become abstinent from alcohol and drugs, make a new circle of acquaintance and support in AA or NA, but would still have a self-image as a desperate alcoholic/dope fiend. The new person didn’t drink or use drugs, had a circle of new friends who didn’t and who had never seen them intoxicated, but had not yet grown into the self-concept of being a clean/sober person. Their self-concept was behind the times.

Later, I spotted the same phenomenon with respect to any and all of us with respect to aging. Someone who was middle aged talked about feeling like a seventeen year old whose body had mysteriously gone bad on them. If you’re not old enough to have had this sensation, watch for it. By the same token, people who have changed health habits in middle age (or always had good ones) can be described as biologically younger than their chronological age– something that I think gives great hope to us all. There are a lot of tests like this online. (To do the one I link to, you either need to know your weight in kilos or that fourteen pounds equals one stone (weird British measurement))

But I digress. The point is, we change both by deliberate effort and simply with the passing of time, and we sometimes don’t keep track. Because I have worked with people in treatment modalities that are skills based, such as Dialectical Behavior Therapy or Seeking Safety , I have seen this same process when people develop coping skills and resiliency that they didn’t previously have, but still see themselves as unable to cope with various problems in life. As a therapist I find it exhilarating to point out to someone that they successfully got through some challenge that used to be a huge crisis for them.

While there are tests we can take that show us to be biologically older or younger than our chronological ages, I don’t know of any simple test that can measure whether or not we have wisdom that is greater than or less than our chronological ages. I doubt that could be accomplished, not least because most of us take actions that can be seen as demonstrating a lack of wisdom and at other times we may take actions or say things that seem very wise indeed. Also, there are times when we have had the benefit of clear-eyed and deep wisdom spontaneously from the very young. We can also think of people in our circle of acquaintance who might be labeled as “old souls” or “forever young” regardless of chronological age.

The phenomenon I’m thinking of might, in a sense, be equated with a certain kind of humility– not the sense of eating humble pie or abasing oneself, but the sense of simply knowing oneself and acknowledging it to oneself. I think this is one reason why 12-step recovery has become popular with everyone from alcoholics to procrastinators and everyone in between. Step four has everyone take “a searching and fearless moral inventory” and step ten instructs recovering folk to “continue to take personal inventory” on a daily or even more frequent basis– to keep track of who you are. Many people interpret this as being strictly about what’s wrong with you, but a closer peek at the literature reveals that it includes keeping track of one’s pluses as well as aspects of oneself that just are. Of course, there are other schools of self-improvement that encourage the same kind of activity, including psychotherapy.

The original article on insects and humans has a beautiful phrase in it– “a vocabulary of selves.”  Looking at it this way, my sense of self may be more misplaced geographically than out of date. I may be a confident, expansive tour guide showing people around my home town and be a very shy and retiring person in the temple of a faith that’s new to me. In sports, I may be a bold mountain climber but a very timid sailor. One can multiply examples.

The door to change is that for a healthy sense of self we need to have a flexible sense of self– to be open to the idea that we may be more, or less, or just different from who we believe we are.  And who we are here, or who we were  then, is not who we have been– or might be– in other places or other times.

Marriage and Family Therapist (MFT) in private practice in San Francisco. I work with adults, adolescents, and couples, with focus on substance use and abuse and co-occurring disorders (having both a mental illness and an addiction).
View all posts by jamesmatter →
This entry was posted in change, mental health, Recovery and tagged sense of self. Bookmark the permalink.

1 Response to Your Sense of Self is Behind the Times