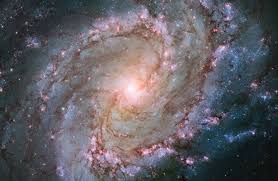 If you follow the buzz in certain circles, you’ve been hearing about various psychotherapeutic practitioners getting on board the spirituality bandwagon. This is, in some ways, amusing. Carl Jung was all over the spiritual side of things from the beginning, and there have been others along the way. I’ve been reading Thomas Moore’s Care of the Soul and Scott Peck’s The Road Less Traveled, one from  1992 and the other from 1978, and they both are heavy on spirituality as an aspect of mental health– in significantly different ways, of course. But when people say spirituality, isn’t that just sort of a generic front for religion? Doesn’t it imply the G- word?

I would like to suggest that it doesn’t have to. For many people, spirituality has to do with organized religion, and that’s fine. But even if you’re an atheist, you can be spiritual. Here’s why: spirituality is about meaning, connectedness, wholeness, wonder, and gratitude. In the words of your favorite attorney, it includes– but is not limited to– those qualities.

What brought this to mind for me was watching Neil deGrasse Tyson on the latest version of Cosmos a while back. He, like Carl Sagan before him, is an avowed atheist. Yet he comes off (to me, anyway) as a very spiritual man, as did Dr. Sagan before him, when talking about the wonders of the cosmos. Both of them seemed to be filled with limitless wonder at the cosmos, and feel an amazing sense of connectedness and wholeness as part of the cosmos. The whole thing about our atoms having come from the hearts of stars is always a spiritual hit for me, and that we have discovered and understand these things is a source of gratitude. So the whole cosmic awareness thing involves the spiritual qualities I named above.

Too, some of us may be able to recall encounters with people who talked a religious blue streak but left us with a sense of fragmentation, doubt, disconnectedness and the wrong kind of wondering. At our best, we should have compassion for such people for missing the spiritual boat, but that doesn’t mean (unless it’s a tenet of  your religion) that we have to hang around with them.

While some of the most spiritually sustaining experiences are with other people– family, loved ones– some of our greatest spiritual desolation occurs when relations go bad, or those who sustain us are absent. So when people have failed you, what is there?

When most in need of spiritual renewal I usually turn to nature. Even if trapped in the city, I can always look around and find plants growing in the cracks. When trapped in a building, there’s at least the sky if the room has a window, or memory if nothing else.

Music is another go-to spiritual booster, but for me it has to be something with no lyrics unless, strangely enough, it’s choral music. Don’t ask me why, it’s a soul thing.

What do you turn to when  you need a sense of meaning, connectedness, wholeness, wonder, and gratitude? What other qualities or feelings go into spirituality for you?

Marriage and Family Therapist (MFT) in private practice in San Francisco. I work with adults, adolescents, and couples, with focus on substance use and abuse and co-occurring disorders (having both a mental illness and an addiction).
View all posts by jamesmatter →
This entry was posted in belongingness, Distress tolerance, Emotions, Feelings, happiness, mental health, mindfulness, Recovery, Renewal, spirituality, Uncategorized, Wilderness. Bookmark the permalink.