Posted on January 8, 2014 by jamesmatter

There’s been a recent spate of reports about the fact that 80% of doctors never talk to their patients about alcohol consumption. Only 13% of binge drinkers reported a health professional said anything to them in the last year.

In some cases, it’s reported, folks cautioned about drinking too much cut their consumption by up to 25% in response. Considering that the benchmark for drinking too much is 15 drinks a week for men and 8 for women, Someone who’s drinking too much can still cut down and have a drink (for women) or even two (for men) every day– and the guys and gals can have an extra on Friday or Saturday night. All without overdoing it.

We have to remember that in the world of science and research, a drink is a 12 ounce beer with 5% alcohol, a 5 ounce glass of wine with 12% alcohol, or a 1.5 ounce shot at 80 proof.  And a binge is 4 drinks at a sitting for women, 5 for men. Just as many regular drinkers don’t feel intoxicated at a blood alcohol of 0.08 percent, the legal limit for DUI, a lot of people consume drinks that are bigger than the size noted above, and a lot of people think of a binge as more like 8 to 10 drinks.

But this is just the point of the news, in my opinion. People don’t have the background information. And when the doctor gives them the facts– this has a negative effect on health– people cut back. The National Institute on Alcoholism and Alcohol Abuse (NIAAA) has a cute little test where you can compare yourself to the rest of the country in your drinking habits:

It ranks you as no risk, moderate risk, and high risk. And, as with all the online self-tests,  you can play with your answers and re-take the test until you come up with a pattern that puts you where you want to be. Don’t be scared to see how you compare: the NIAAA  puts more than 70% of us in the low risk (or no risk, if you count non-drinkers) category.

The point that the spokesperson from the NPR news story made was clear: nobody is asking anyone to quit drinking. They’re just trying to get people to determine if they’re consuming more than is good for their health. Knowledge is power. So, considering that 80% of doctors aren’t going to talk to you about it, pretend you’re a doctor and talk to yourself. 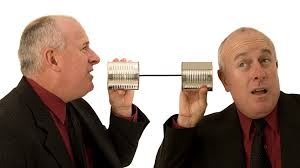 Marriage and Family Therapist (MFT) in private practice in San Francisco. I work with adults, adolescents, and couples, with focus on substance use and abuse and co-occurring disorders (having both a mental illness and an addiction).
View all posts by jamesmatter →
This entry was posted in Alcohol, behavioral health, choices, physical health, physical health, Uncategorized. Bookmark the permalink.